Put two iconic words like Bondi and Radio together and you’re bound to get a number of people trying to lay claim to a brand. The history of the Bondi Radio station’s ownership over recent years has been convoluted and the number of ongoing imitations have created a complex journey. “A number of rogue members of the public have set up Bondi Radio stations online, all in an attempt to pass themselves off as radio stations in Bondi and as the original Bondi Radio, that has existed on AM then FM and online for a century in Bondi. Working with the federal government body for Radio Broadcasting, AMCA plus APRA & AMCOS has helped clear this up”. Broadcasting since 1907 with the establishment of the world’s first Surf Life Saving Clubs, Bondi Radio was used to broadcast surf conditions and local events. Founded formally in 1947 when the ABC regulated the airwaves, Bondi Radio 88.0 FM has been the leader in local events, news, arts, education and entertainment for 70 years. Nick Boshier – Bondi Hipster/Soul Mates and Secretary Bondi Beach Precinct Program Director says, “Bondi Radio has many talented people from Bondi On Air right now, some have started their careers on Bondi Radio and been around the world and back again with astounding accolades". Of note is local Bondi band and regular Bondi Radio contributor “Yolanda Be Cool” who just hit 200 million YouTube views of their hit track “Sugar Man”. Lenore Kulakauskas, Convenor Bondi Beach Precinct says “After all the confusion about who is Bondi Radio, caused by the easy availability of streaming, it's great to have the real Bondi Radio station on the airwaves.” A local Bondi musician stated “The artists are becoming increasingly confused with the number of slight variations to the name ‘Bondi Radio’, some having simply registered their website names in an attempt to claim any confused artists and fans as their own.” “Bondi Radio has updated its programming and is in the process of introducing an entirely new program slate, without forgetting its roots,” say the owners. “It aims to not only keep the loyal local listeners happy, but also share some new music and entertainment with the world that has never hit the airwaves, in the hope of continuing the legacy of being Australia’s international launch pad for artists and creative talent.” To listen online go to their website or listen on air at 88.0 FM or on iHeart radio. Source: https://www.radioinfo.com.au/news/

There is only one Bondi 88.0 FM Radio broadcast licence, this is issued by the Australian Communications Management Authority. This has been issued with permission to broadcast onair and online in Bondi and the surrounding suburbs. 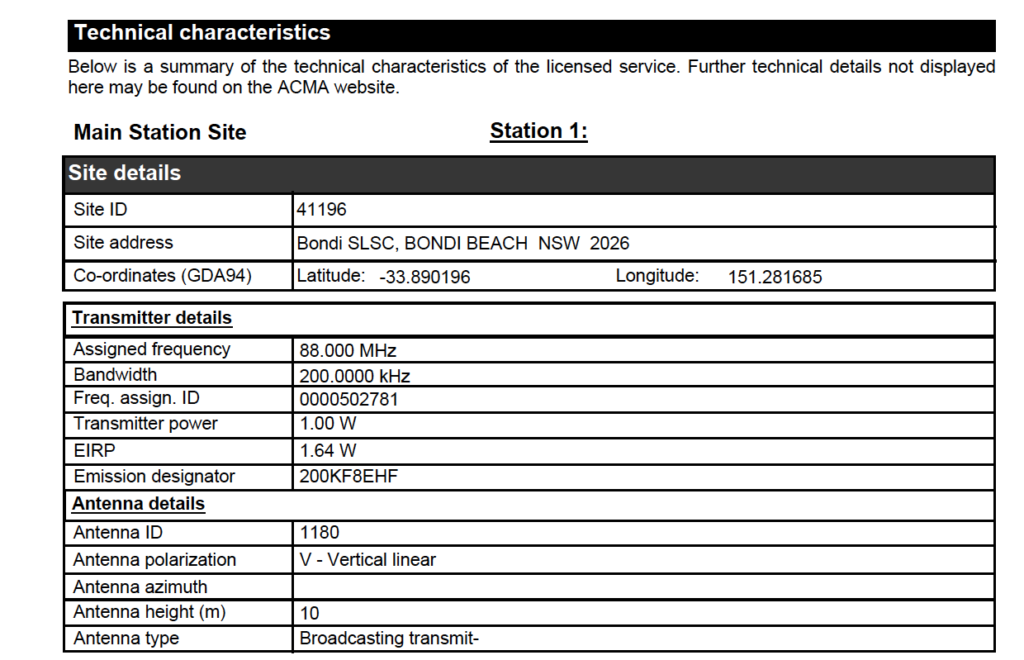 0 %
Growing of our daily business.

0
Liaisons with council and local publishers

0
Profiles on a number of projects.

You will find another Bondi Radio called Bondi Beach Radio, check them out.

You will find another Bondi Radio called Bondi Beach Radio, check them out.

While there is a long way to go to get Bondi FM Radio Back up and running the way it should be, as a community service, there has been some independant progress in the community to keep the Bondi Radio dream alive. A couple of investment bankers have invested in Bondi Beach Radio at the golf course and are using the brand to promote ticketed boat parties, there is also another guy promoting himself as Bondi FM Radio and trying to sell it to one of our city largest Hospitality operators. The important thing is that we all keep sharing the music and nurturing talent along the way, so in utopia we all come together and stop confusing everyone who wants to listen to the real Bondi Radio 88.0 FM on your radio dial. Stay tuned, we are working on perfection.

Reach out to us if you have some new music or simply have something to say about what is going on in Bondi or the areas.
Explore our catch up programs

Bondi Radio will not survive without your support, so if you like new music and want to get involved with the future of the Bondi community, dont hold back, now is your time to get involved.